Not only was Alpha Xi Delta the first sorority on Georgia Tech's campus, but our chapter of Gamma Eta was also the first National Sorority at an engineering school!

In 1954, there were only five women who were attending Georgia Tech, and each of them was invited to attend a meeting at the home of President Van Leer, by request of his wife, Ella Lillian Wall Van Leer, an alumna of Alpha Xi Delta at UC Berkeley. After the women had attended the tea party, they were so impressed by the women they’d met that they decided to start their own chapter of Alpha Xi Delta at Georgia Tech. With the help of involved alumna, these five women were granted permission to begin the formation of our chapter on Tech’s campus!

The Gamma Eta Chapter of Alpha Xi Delta was created on September 4th, 1954 and its members included all five women who had attended the tea.

The first president of the Gamma Eta Chapter was Diana Michel.  The first chapter meetings were held in the President's house which is at the same location of our current Alpha Xi house. Shirley Clements Mewborn was the first female to graduate from Georgia Tech. 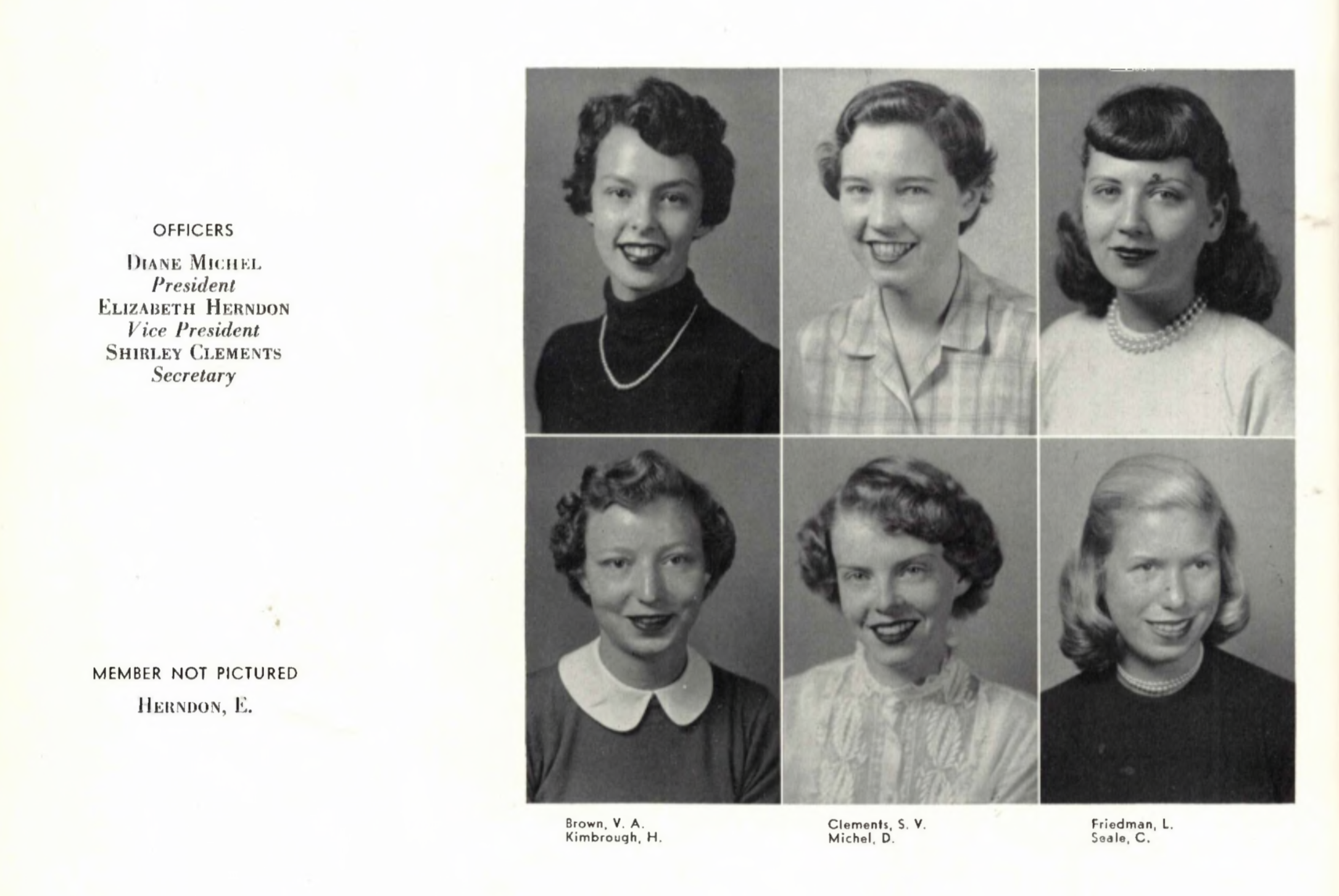